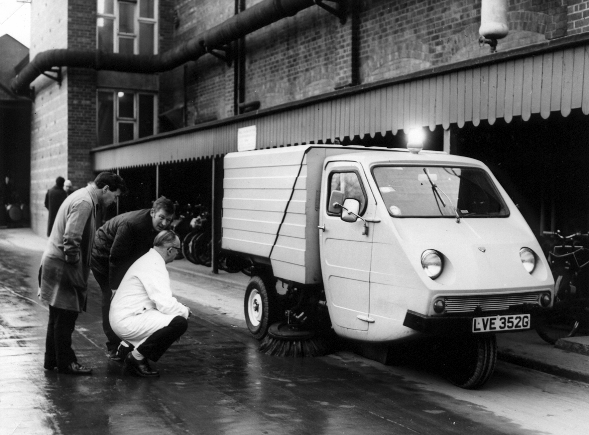 Schmidt from St. Blasien has been synonymous with cutting-edge sweeping technology for 60 years. What began with a front-mounted sweeper designed for UNIMOG trucks in 1956 has developed to become a globally leading supplier of sweepers and road maintenance equipment. The recipe for success? Consistent innovative spirit, 100% passion and a healthy dose of down-to-earth attitude.

The long way to cleanliness 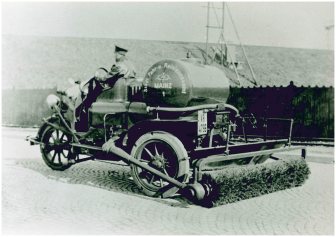 Street cleaning had long been pure manual work. Not until the 19th century did sweepers establish themselves – boasting 1 HP and equipped with narrow scrapers that were kept on the road surface by springs, they collected solid dirt to be deposited at the sides as strips. In 1843, Joseph Whitworth, the forefather of sweepers, developed the first horse-drawn sweeper and named it “The Patent Street Sweeping Machine of Manchester”. Not until the beginning of the 20th century did motorised sweepers follow. However, it was only in the early 50s after the end of World War II that the industry experienced a boom.

Schmidt – Top performance as a matter of principle 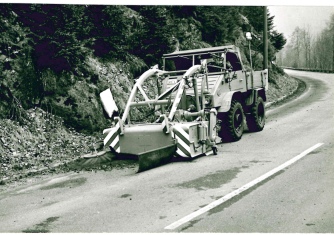 The era of Schmidt sweepers started in 1956 with a “VSK” front-mounted sweeper designed for UNIMOG trucks, complementing the already successful winter service. Starting with the first equipment to be fitted with a dirt hopper, the next 60 years saw Schmidt develop a wide range of front-mounted sweepers for UNIMOG trucks or wheel loaders, demountable suction sweepers as well as truck-mounted hoppers with a capacity of up to 12 m3.

1973 additionally marked the beginning of the generation of “self-propelled sweepers” (SK). A three-wheeler (Piaggio), the SK 50, was followed by further milestones: the SK 100, the first compact sweeper featuring its own Schmidt chassis, the predecessor of today’s Swingo. The successors, the SK 150 and SK 152, also successfully established themselves in the market. Finally, the SK 153 became one of the most successful models throughout Europe. 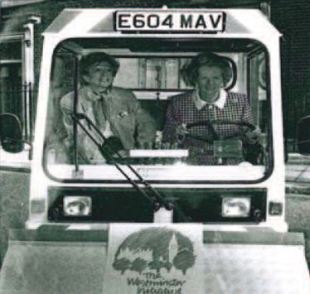 The sweepers “Made in Germany” quickly established themselves all over Europe. For example, 40 SK 180 sweepers were exported to Moscow as part of a large-scale order. Then Prime Minister of Great Britain, Margaret Thatcher, was also impressed with the StreetWasher 2000 at a meeting in Downing Street, London, in 1989. Three of the machines were ordered and put into service in London in the very same year.

The satisfaction of customers has always been, and still is, top priority. Customer-specific requirements, such as a suction boom for street cleaning in Stuttgart or a dog waste collection device with an integrated odour neutraliser for attachment to the SK 150/SK 152, therefore did not present the team headed by Max Hirt with an insoluble problem. The qualified mechanical engineer has been working for Schmidt in St. Blasien since 1968 and is the longest-serving sweeper expert at Schmidt, apart from Wolfgang Kaiser, who joined the company in 1970. 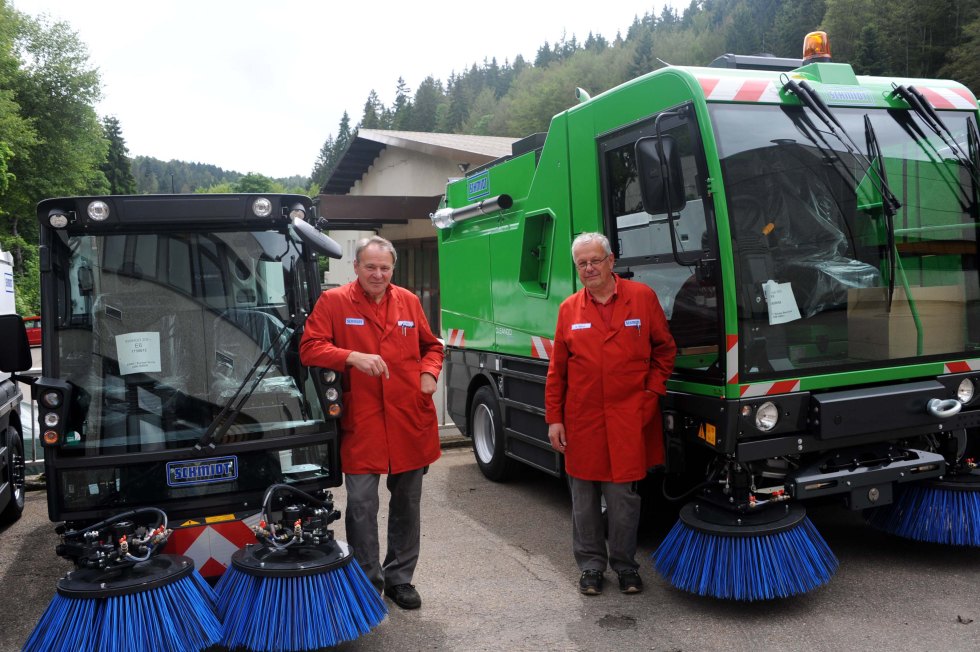 “Looking back, the development of our sweeper history is very exciting. A lot has changed over the decades”, the two recall. “At the beginning, we still spent a lot of time fiddling around at the workshop and circuit diagrams were hand-drawn by the foreman before moving on to the construction and the next steps. The procurement was less complex and we manufactured lots of welded or turned parts ourselves. Today, the machine is first planned by the development down to the last detail and we spend much more time than before on meetings to examine all factors beforehand. Last but not least, the way of manufacture has changed in many areas and follows a tight schedule to this day. Lean production has become an important factor. What has remained the same is our pioneering spirit. The passion of our colleagues for their work and our products is still palpable. In this respect, age does not matter. Even apprentices quickly get infected by the Schmidt enthusiasm. And who knows what the future holds in store – be it automation, new drive concepts or even more eco-friendly technologies – streets will always get dirty and as long as this is the case, sweepers will be needed as well. 60 years are just the beginning.” 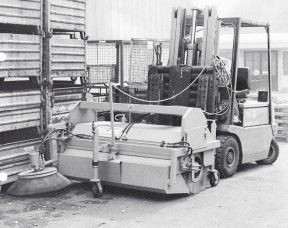 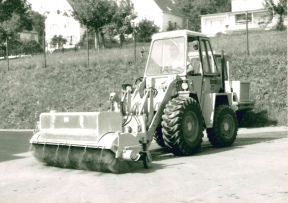 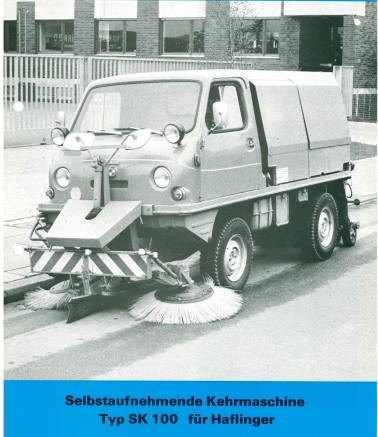 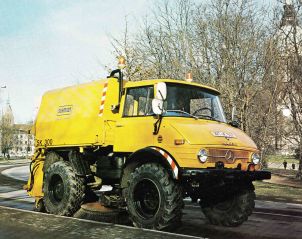 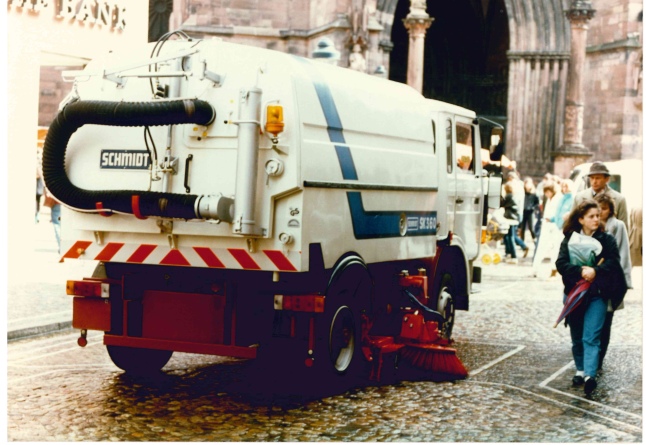 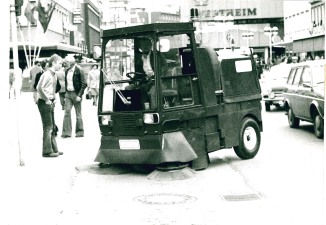 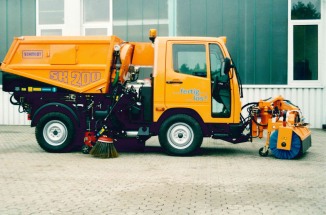 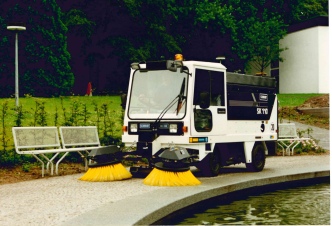 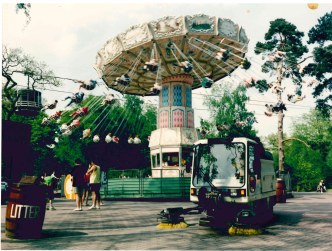 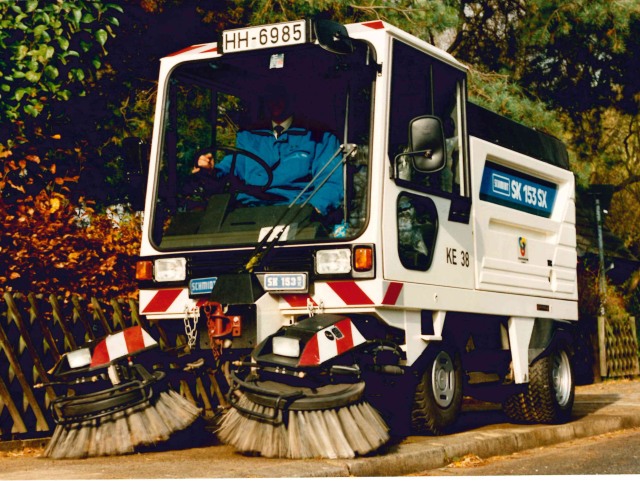 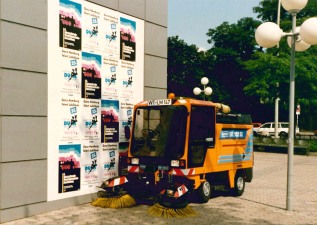 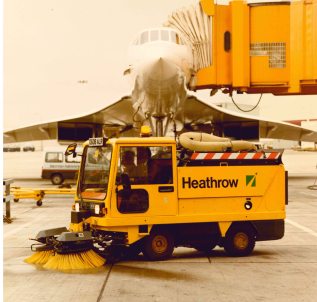 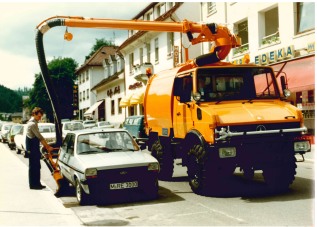 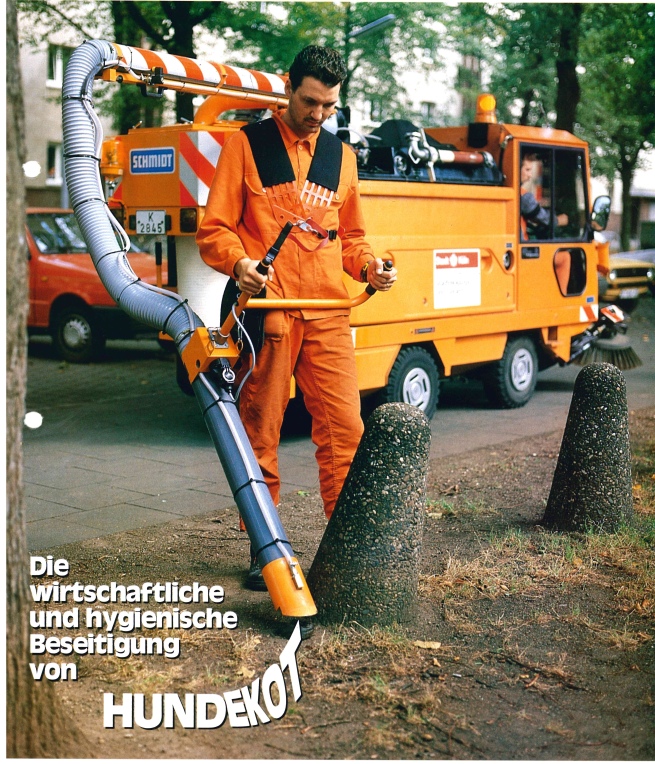 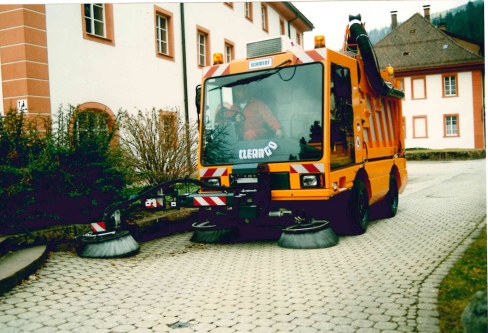