Special occasions deserve a special atmosphere. Where could the pioneer among the steep slope implement carriers, the Aebi Terratrac, celebrate its 40th anniversary better than on the historical area at “Rütli”, in the canton of Uri in Switzerland. Numerous invited guests, among them Peter Spuhler, majority shareholder of the ASH Group, followed the invitation of Aebi to celebrate the historic and also new Aebi Terratrac at the founding place of the old Swiss Confederation.

By boat 150 guests went from Brunnen on Lake Lucerne to the other side of the lake walking then on a little hill, called “Rütli”. The opening act of the ceremony was a retrospective of 40 years of Aebi Terratrac. Not only memories were aroused here, but also the milestones in the history of the Terratrac were presented. E.g. the first model, the TT77 or the first Terratrac with hydrostatic drive, the TT88. A TT70 from 1976 and a TT30 from 1982 were also exhibited outside. Previously unpublished film footage from 1976 also caused astonishment. At that time, as today, Aebi attaches great importance to safety and technical progress. This has been set up more than a hundred years ago and can still be felt in the company today.

But it was not just a matter of history. The performance of the new Aebi TT281 and TT241 was expected with great excitement. Peter Spuhler took over the ceremonial revelation of the TT281 at the “Schwurplatz” and also thanked the numerous dealers who are a major contributor to the success of the company thanks to their commitment and the passion for the Aebi brand. Beside the Terratrac also another highlight was waiting in the outdoor area: the Aebi EC170. The new electrical implement carrier, which is equipped with a shawl seat or can be optionally operated remotely, is powered by powerful electric disc rotor motors and therefore runs without any CO2 emissions, particularly environmentally friendly. “A future-oriented investment,” Peter Spuhler called the new EC170 as well as the small brother EC130, which is operated purely by remote control. Then the new TT281 and EC170 could be tested by the participants first hand. Very comfortable, high efficiency and maximum driving pleasure – that was the conclusion of the guests on the Rütli.

Congratulations Aebi Terratrac. We are looking forward the next 40 years full of power and succcess! 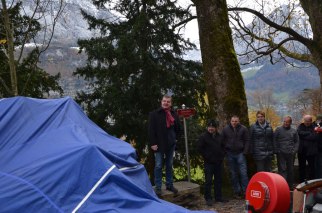 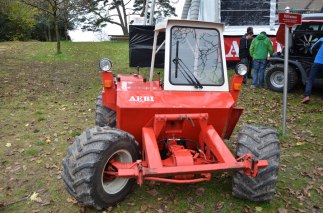 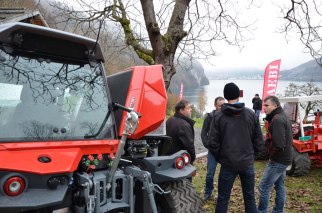