An “army” of Aebi Combicut single-axleers is in the service of the Swiss armasuisse from now on. The Aebi Maschinenfabrik in Burgdorf won a major tender of armasuisse, the competence center for procurement, technology and real estate in Switzerland. The Aebi Combicut is thus the new “general purpose weapon” for the maintenance of shooting grounds and barracks areas of the Swiss army. Versatile as a Swiss pocket knife, the models Aebi CC36 and Aebi CC66 will be used throughout the year for a wide range of applications. These include e.g. mowing of green areas. In addition, streets or shooting areas are cleaned with a brush or a leave blower. In winter, the hand-held single-axle machines remove snow with a plough or snow blower attachment. Renate Schärz, project manager for special vehicles and Jasmin Fritz, project manager at armasuisse, received the first models at the plant in Burgdorf. We would like to thank the armasuisse for the confidence and wish the team a lot of pleasure with the new Aebi Combicut. 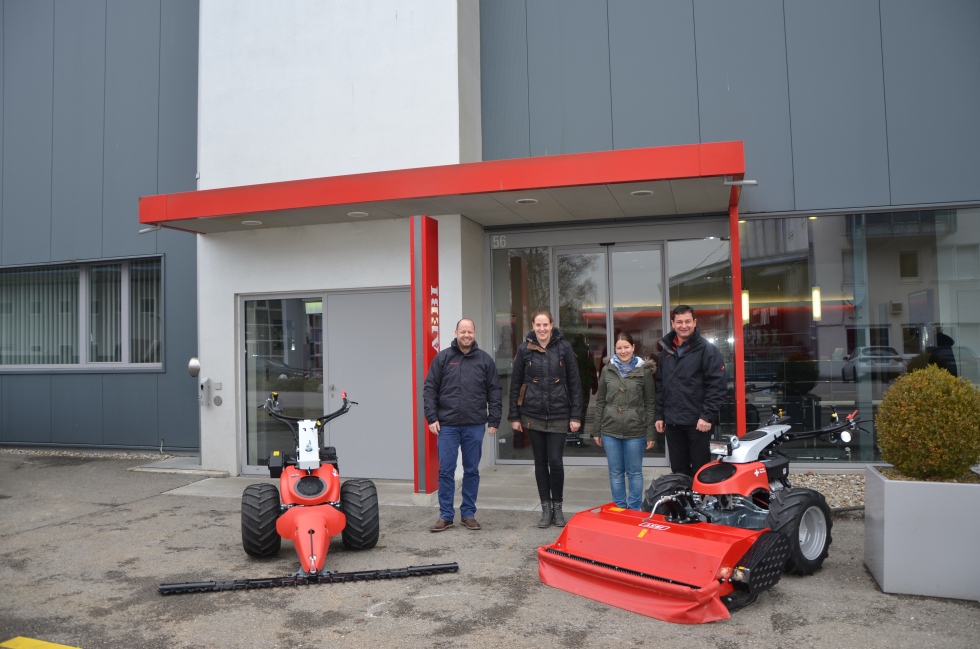