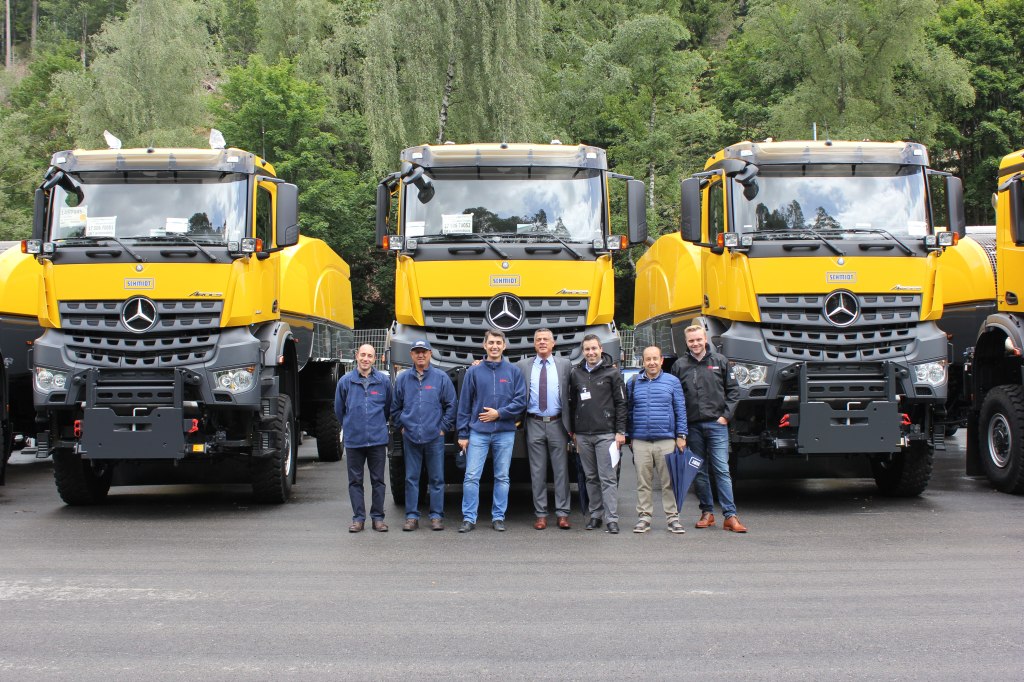 Turkey, a country situated between East and West that could hardly be any more diverse, fascinating and contradictory and turns out to be a true master of different guises: modern metropolises sit alongside traditional mountain villages, white sandy beaches combine with rugged mountain landscapes, scorching hot summers in the south contrast with icy cold winters in the east. And it is in these very regions with an abundance of snow that Schmidt’s compact jet sweepers will be deployed from autumn 2017.

The topographical differences place high demands when it comes to snow clearance. From small airports in the east with barely 25,000 passengers a year to one of the world’s biggest airports, Atatürk Airport in Istanbul, with an impressive 60 million passengers a year. Here too climate change is having an effect. Whereas until recently there was no snow at all in Istanbul, in the last five years the climatic conditions have changed drastically. Although in contrast to other regions in Turkey the city only has to deal with a fine blanket of the white stuff over a short period of time, it is all the more intense when it does come. However varied the requirements may be at the 55 airports, they have one thing in common: when there is snowfall, whether it is heavy, frozen snow or even light slush, the runways have to be cleared of snow quickly and efficiently.

The Schmidt CJS for all weather conditions
The assignment from Turkey was therefore clear right from the start: the aged fleet was to be replaced by state-of-theart sweeping technology to ensure that the white snow has no chance. DHMI, the competence centre for procurement across almost all Turkish airports, was impressed by the tried-and-tested compact jet sweeper from Schmidt. “We require a robust high-performance machine that delivers 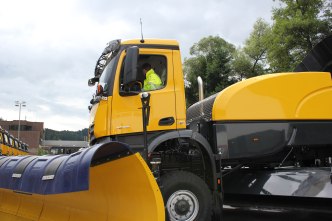 top performance in very different weather conditions. The easy handling and operation of the machine was also important to us as the drivers come from very different sectors. Thanks to the CJS compact jet sweeper from the renowned Schmidt brand, which has already proven its worth many times around the world, we are now convinced that we have made the right choice,” explains Veysi Dogruyol, Mardin Airport Manager from DHMI. In addition to these features, the new design is set to give the airports a dynamic look and feel that shows safety and quality. At the same time, factors such as CO2-emissions and the consumption of resources are also becoming more and more important for Turkish airports. “This is why it was important for us to work together with a partner that leads the way in these areas,” adds Veysi Dogruyol. The Schmidt CJS for the Turkish airports is equipped with the latest exhaust gas technology. The truck engine meets the Euro 6 standard and the auxiliary engine meets the EuroMot 4 standard.

The “powerhouses”
An impressive 46 of these Schmidt CJS “ powerhouses” will be delivered in the next three years – 15 this year, 23 next year and eight in 2019. All jet sweepers are equipped with the Mercedes-Benz Arocs carrier vehicle and an MS 64.1 N snow plough with a clearing width of 5.43 metres. The latest Schmidt CJS generation also includes better accessibility to the battery, hydraulics and other components – which helps to reduce servicing times. With the central lubrication system which can be ordered as an additional feature, 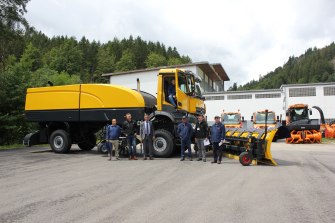 customers can expect a further saving on maintenance and service times as well as an extension to the lifespan of the components. In addition, a new fan system now almost completely prevents fine snow particles from being sucked in. For DHMI, safety was also important alongside efficient performance. For this reason, the machines were equipped with a 360° camera to ensure that the operator has a complete overview of the machine in all transport and working situations. In addition, an improved lighting package was chosen: LED working spotlights which perfectly illuminate the working areas around the plough and brush.

With our sales partner Ugurel, DHMI is supported by an extremely competent and dedicated partner. He not only provides top-class advice but is also available at very short notice to answer any questions and provide the necessary service support. For example, two service workers are available on site over several days until the drivers and airport staff are ready to operate the machines on their own. The Schmidt CJS scores points not just for its innovative technology, efficiency and high clearing performance in combination with unrivalled manoeuvrability, but through our partner Ugurel also offers an outstanding level of service.