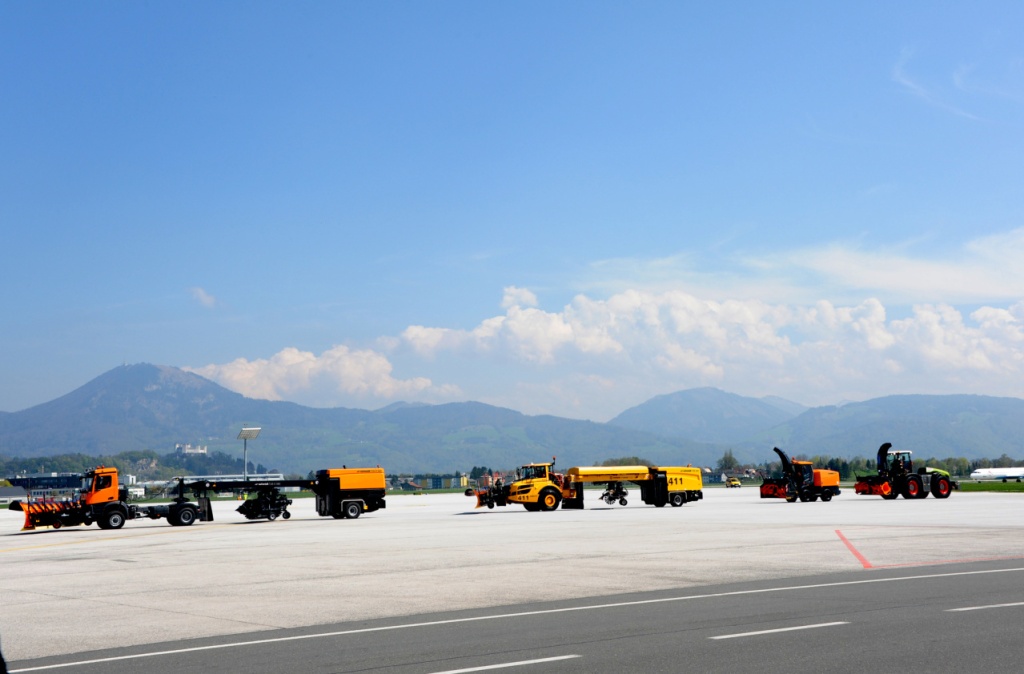 Aebi Schmidt Canada is making a strong entrance to the market with the award of two key Canadian airport contracts after successful proposals in a highly competitive bid process. Each award has the potential for additional unit sales after the initial purchase.

Grabbing market share in the competitive Canadian market has been a challenge. The newly formed Aebi Schmidt Canada took a pragmatic approach, focusing on building strong industry relationships and aggressively competing for strategic bids. It was a team effort combining resources at Swenson and Aebi Schmidt with the support of many team members contributing to the successful award.

The Montréal Trudeau International Airport (YUL) bid, which created an order for 5 TJC-C 630. The team worked diligently to win the bid positioning the division for progress in the large Canadian market. Montreal and Quebec airports often share their lessons learned from winter operations in order to improve effectiveness, including regular visits and exchanges on equipment and snow removal operations. After Québec conducted their operational trial of TJS-C 630 in 2017-18 and purchase in 2019, Montreal selected the Schmidt TJS-C to replace two older units and augment their fleet by 3 more units for winter 2020. Their equipment replacement program calls for the 8 new units in 2021.

Building on the success of the Montréal bid, the team quickly puts their sights on Calgary International Airport (YYC), securing an order for another TJS-C 630. Calgary conducted an operational trial of the TJS-560 during the 2017-18 season, integrating the TJS-560 to an ATI Snow Mauler Chassis. After the trial they opted to purchase the TJS-C 630 in 2019 for delivery in early 2020. This is the first replacement unit as part of their multi-year 15 unit fleet replacement plan.

Together the two bids have the potential to create orders of additional units, almost doubling the initial orders in the next three years.

Montréal Trudeau International Airport is located in Quebec Province and served 19.42 million passengers in 2018, making it the third busiest airport in Canada. On average Montréal receives 83 inches of snow annually.

Calgary International Airport is located in Alberta Province, with 17.34 million passengers in 2018 it is the fourth busiest airport in Canada. Calgary averages 145 inches of snowfall annually.